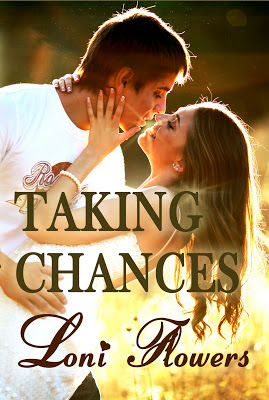 Turning her back on a life she can no longer deal with, Clair Davidson has been on the streets for six months wandering aimlessly from town to town. But when a hitchhiked car ride lands her back in a familiar town, and a terrifying encounter puts her in the arms of someone too good to be true, Clair almost starts to feel like she could belong somewhere again. Almost.

Alexander Frazier knew what it felt like to live on the streets, up until he received a helping hand from a stranger. After saving Clair from a vicious attack, it’s not long before he realizes she’s a lot like he used to be—lost. Alex soon learns he will risk everything to keep her safe and get her life back on track… even if it means his heart.

But fresh starts are new to Clair and not something she’s certain she’s ready for. Clair’s had her share of people walking out of her life and she doesn’t trust her heart in Alex’s hands. Can his love give her the second chance she never saw coming?

Alex walked around and opened Clair’s door, helping her out as she jumped down. He followed her as she walked to the far end of the yard and sat in the grass. Lying back, she looked up toward the black sky. Alex laughed as he looked down at her.  “You know, if you’re that tired, I can get my blanket out of the car for you.”
Clair gave a small smile, tapping the grass beside her with her hand. “I miss it, ya know?”
“Miss what?” he asked, sitting beside her.
“I don’t know, the quietness, the stars. It’s just different. I know, it sounds stupid… it’s just, I’ve been on my own for so long without anyone caring. It’s a little overwhelming having someone care about me now; especially when they hardly know me. Everything Roz has done, I mean, who even does that?”
Alex watched her. She was so animated when she talked. Her face lit up with expressions, her hands waved through the air as if she needed them to help her communicate.  Everything was light and easy going until dinner was over. Since the drive home, Clair seemed sad, but Alex let her ramble, venting whatever was bottled up inside her.
“And you,” she said, looking over at Alex, “if it weren’t for you, I wouldn’t be here.” Clair sat up, crossing her legs up under her. “And this date—I mean, this hanging out we did tonight. It was the best night I’ve had since I left home. Thank you for that.” She picked blades of grass with her fingers, tearing them into tiny pieces. “You didn’t have to take me out, but you did it anyway.”
His eyes traveled up her arms to her neck. Her skin looked so fair and soft under the moonlight, it made him want to run his hands over it.  “You don’t have to thank me. I wanted to take you out tonight. I’m happy you said yes. It’s been quite some time since I’ve been out on date.” Yes, a date. He didn’t want to just “hang out”; no, he wanted to know everything about her. To hold her hand, touch her skin, and taste her lips. But would she want the same things as he? He still didn’t know.
“Oh, and this,” she said, holding the charm out from around her neck, “you shouldn’t have bought me this. But I do love it. Thank you.”
Alex leaned forward, taking the charm between his fingers. “I’m glad I saw you looking at it. It looks perfect on you.” He laid the charm down against her chest. Lightly, he traced his fingers up the side of her neck, her hair cupped around her face. Alex stared straight into her eyes, dark under the night’s sky. Her lips parted slightly and Alex could feel her breath quicken on his skin. He wanted nothing more than to feel her lips on his. He slipped his hand further up Clair’s neck and heard her breath catch as if she’d stopped breathing. With his face only inches away from her mouth, he whispered, “If you don’t want me to kiss you right now, you’d better tell me.” 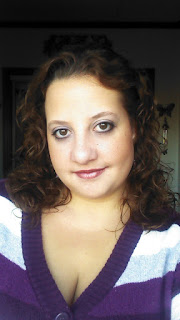 Loni Flowers lives in Eastern North Carolina with her husband; two wild toddlers, who never slow down for a second; and three couch-potato dogs, who only raise an eye when foods around. She spends her days working full-time for a well-known bank and when Loni isn't there, you can find her playing on the internet. Chatting on Twitter and Facebook is her weakness!
She loves to read and write, though can't see to find time to do them both at the same time! Balance... she has none!
An easy reader, Loni loves most genre, but she's a definite sucker for a good romance story!
Contemporary romance is her writing genre of choice but she's not opposed to writing something different should an excellent idea strike.