Cover Reveal for Born of Fire By Amy Erstad 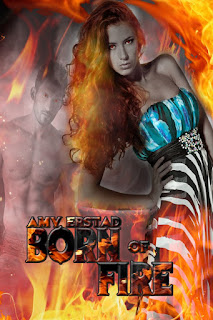 Book Blurb:
Humans are losing their devotion to the Gods. After everything the humans put themselves and others though; faith is still not high on their priority list. Even the Gods would think such things as wars would lead the humans back to them, but it is only a temporary fix. Their devotion still waivers. Other than Ra, no one seems to notice, or they just don’t care. They keep telling him it will get better with time, only it doesn’t. Worse yet, they keep denying his request for an earthly presence. He is sick of watching and waiting, and sick of being denied. He is not going to just stand by and let them keep denying him, he has his own plans. Plans put in place centuries ago, secretly. Now they shall all see what happens when he is forsaken.
While Ra is making plans of his own, Kenna, on the earthly realm, is figuring out that the people she loves and trusts are keeping secrets from her. She wants to know what those secrets are, and she knows they have something to do with her nightmares, but no one is giving up any information. She is not too worried though. She has Keyara, her best friend, right there beside her. Together they work to try to unravel the mystery that her life has become. Together they stand when Kenna’s life is turned upside down by some handsome stranger. One that is familiar, yet unknown to Kenna. Together they will continue to stand, when the secrets are revealed, and both girls find they have destinies they never would have dreamed of.

Excerpt: Kenna and Keyara
Kenna is sitting on her bed looking at me with a look of bewilderment on her face, and a little laugh in her voice. “Sounds like you were up to eaves-dropping again. How did the covert operation go?  Learn anything new?”
“No, no nothing new tonight,” I quickly spit out, not wanting her to know that her parents know where she got the necklace. While I still hate the lying, I know I just need a little bit more time, and a few more pieces to start putting everything together.
Kenna gives me the eye, looking at me suspiciously. “Well you sure were gone long enough for no new information, and you were awful quick to spit that out.”
“Yeah well, just because we have an undercover mission going doesn’t mean I don’t ever have to drain the lily pad once in a while.” Truthfully I hate keeping this secret from Kenna, but I don’t want to let on to the fact that I think they are keeping secrets, and that I think it is something big. I want to wait until I have something concrete to bring her, so I don’t worry her any more than she already is. As it is, my poor best friend has hardly had a good night’s sleep in months and the less stress she has on her, the better off she will be. Knowing there is a secret out there about her isn’t exactly going to help her, but it is better than knowing just how serious I believe it may be, without being able to produce any proof.

Author Bio
Amy has been married for 16 years and shares two beautiful daughters with her husband. After being a stay at home mother for many years, she went back to school and graduated with her Associates Degree in Business Administration in 2009. When she is not working, she loves being able to travel whenever she can and has had the opportunity to visit several different countries with her family, and has even been able to live in some of them.
While it was never her dream to become a writer, she now loves every minute of her time spent in the writing world, as it gives her the opportunity to live in a world made out of imagination and sometimes dreams. She loves reading paranormal and fantasy books. 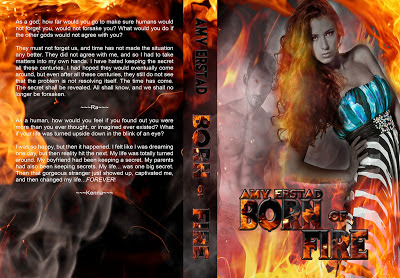