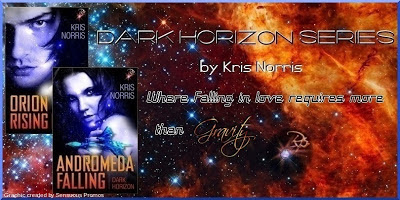 Okay, now that I’ve embarrassed Ava (winks at her and blows her a kiss), let’s get down to my post. I know what some of you are thinking…I’ve dated myself. Yeah, yeah, I know. But hey, I wasn’t born yet when it first aired either but, bear with me, it’s still one of the most iconic sci-fi series of all time.

Before Luke Skywalker got in touch with his inner Jedi, Kevin Sorbo dawned a leather vest and cruised through space as Captain Dylan Hunt or Captain Mal Reynolds piloted the Firefly, Captain James T Kirk was exploring the unknown, boldly going where no one had gone before. Damn! That was an awesome line. It goes hand in hand with—I’m a doctor Jim, not a bricklayer—I swear one day I’m going to write a sci-fi series titled… To Boldly Go… yes, I’m copyrighting that, so…

But seriously. James Kirk was the pioneer of Captains. Yes, I’m aware some went before him (danger, danger Will Robinson) but none with the flare, the sheer sex appeal of Kirk. Hell, this guy was doing every female alien he could find! Talk about a non-racist guy. He didn’t care if your skin was blue! But that’s not what made Kirk and the starship Enterprise so magnificent.

For the first time, people looked up and wondered, really wondered, what if? At least the generation born during that time did. Men traveling to the moon…it was all part of the Star Trek phenomena. And never, has a series been remade like Star Trek has. There was The Next Generation, Voyager, Deep Space Nine and Enterprise to name a few. And don’t forget all those movies. Now there’s a new Star Trek. A modern, sexy CIG’d to the nines version for a new generation to love, with a sexier than ever Kirk and all the makings of a true hero. And it won’t stop there. Like Rocky, Kirk will be battling villains long after we’re gone. He and his crew will still be seeking out new life and new civilizations. Being peace to the universe via the Federation. Heck, even the Borg assimilated…so maybe resistance isn’t so futile.

Anyway, this show was responsible for nurturing my love of science fiction. For opening my eyes to new worlds, whose only restrictions were in your mind. Part of why I love writing sci-fi is because I can make shit up! There, you have it. Sci-fi and fantasy…genres where an author just makes shit up. But it’s great! It’s freeing. You can let your imagination roam free, because other worlds, other life-forms don’t have to fit the conventional way of thinking. Two suns, ten moons, a planet covered in ice or water. And for the occupants, maybe a set of long canines for our hero, or special scent glades or heightened awareness. Telepathy or telekinesis…and just think what the man could do with a couple of extra hands…okay, maybe just an extra finger or two!

Anyway, it’s from the love of Star Trek, and who’s kidding, a healthy does of Han Solo and Mal Reynolds, that my new series was born. Dark Horizons…where falling in love requires more than gravity. And where heroes aren’t always the clean-cut, law-abiding ones you’d take home to meet your parents. No, these guys and gals are rough around the edges, damaged in some way, but with hearts that inherently know right from wrong. They aren’t easy to love but when they do—it’s a no-holds-barred, fine line between stalker and attentive lover, kind of love. They’ll fight and die for those that claim their hearts, and in the worlds they live it, that’s a viable option.

One thing you might notice is that all of the books have the names of a constellation in them. It was my tie-in to the stars. To incorporating a bit of space lore in every one. The first book, Orion Rising, is my favourite constellation. Where I live, you can see the mighty hunter, Orion, almost every night. And I love thinking that folks hundreds of years ago saw those same stars, just like my great great grand kids will. Space, it really is the Final Frontier.

The newest book—book two—titled Andromeda Falling, centers on Lincoln Croft, illegal goods runner and hacker extraordinaire. He’s your epitome of a bad boy with a good heart, and he’s about to have it put to the test. The ‘one that got away’ is back, and the stakes have never been higher. I hope you enjoy the blurb I’ve sent and the teaser excerpt. I can’t say enough about how much I loved writing these books. Allowing my inner Trekie free reins to whatever whirled to life in my mind. I’m looking forward to writing the next installment later this year…but until then, live long, and prosper…

Thanks again for having me Ava…and for those so inclined, I’m doing a GIVEAWAY. A free copy of Andromeda Falling (or a backlist book if you win and already own that one). Just leave the contact info Ava requires in the comments and I’d love to know what your favourite sci-fi movie, TV show or character is/was. 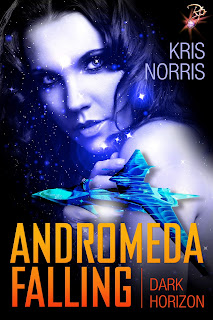 Lincoln Croft isn’t the most reputable man. Disillusioned by the ever-continuing war between the Coalition and the Alliance, he’s made a living running dangerous goods between the worlds, using his ship, the Andromeda, to outrun enemy striker crafts and avoid certain prosecution. And the fact he can hack into any computer system ever made certainly doesn’t hurt his chances at a successful mission.
After a recent crusade to help free the condemned planet of Venitia gains him a full pardon, Linc has decided to give honest work a try. Just his luck, his old nemesis, Captain Frank Bane, has other ideas. An unexpected meeting forces Lincoln to crash-land on the very planet he swore he wouldn’t set foot on again. And the surface of Venitia hasn’t changed. Hot, dry and dangerous, Linc knows he needs to get to the settlement before he becomes some creature’s dinner.
He never planned on running into Gwendolyn Bennet, the one woman he’d never quite gotten over. After a less than warm welcome, Gwen begrudgingly agrees to help Linc reach the colony. But Bane isn’t giving up. He’s determined to destroy Lincoln, and the Andromeda, even if it means annihilating Venitia.

Author, single mother, slave to chaos—she’s a jack-of-all-trades who’s constantly looking for her ever elusive clone.
Kris started writing some years back, and it took her a while to realize she wasn’t destined for the padded room, and that the voices chattering away in her head were really other characters trying to take shape—and since they weren’t telling her to conquer the human race, she went with it. Though she supposes if they had…insert evil laugh.
Kris loves writing erotic novels. She loves heroines who kick butt, heroes who are larger than life and sizzling sex scenes that leave you feeling just a bit breathless.
Kris loves to talk to her readers and can be found at http://www.krisnorris.ca.
You can also find me on Twitter: https://twitter.com/kris_norris
Facebook: https://www.facebook.com/kris.norris.731
My Blog: http://krisnorris.blogspot.ca.