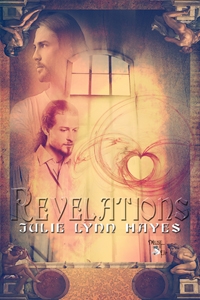 Blurb:
Judas has never been very popular, not in any incarnation that he and Jesus and the others have lived through. But he doesn't care about that. All he cares about is following the instructions of God as set forth in the script that they follow. And Jesus. For Judas has secretly loved the son of God for over two thousand years.
But now he decides that enough is enough, and he's tired of watching Jesus die far too early, and for what? This time Judas is determined to see that Jesus lives a long and happy life, no matter what price he has to pay to accomplish it...no matter if he has to make a deal with the devil himself.
Revelations is a story of what could be, told by those who play it out, time after time after time, unbeknownst to the rest of mankind.  They've come back again, for yet another round.  But this time is going to be different.

Excerpt:
Prologue: God
It's not always easy to sit on the sidelines and watch what is happening, to resist the urge to intervene in his best interest.  My son's that is. Jesus. But I do so, because I know it's for his own good.  As well as for the good of mankind. I can't let my concerns as his father override my vested interest in the fate of man. But sometimes that is easier said than done.
This morning I am not alone. Someone else is with me, someone with his own agenda, although we are not as diametrically opposed as some would imagine us to be. Good and evil aren't the simplistic concepts some would portray them as being—there are more grey areas there than you might think. And rightly so.
He smirks. Too much for my taste, I have to admit, but sometimes he does have his moments, and he too has a part to play in what is happening in the world of men. Someone needs to fill the role of the villain, after all.
The stage is being set for the third act, the scripts have been handed round, and the actors are taking their places. Will this time end any differently than the others? That depends on my son, on Jesus. I'm thinking this will be the time when he'll make the change.
"He'll change nothing," Lucifer interjects, although I've asked him nothing, certainly not inquired as to his opinion.
I glance at him. He's dressed to within an inch of his life, and wears the most ridiculous sunglasses I've ever seen. I decide not to comment on his fashion sense. "I think he might, this time. I think he's ready for change."
Lucifer snorts. "It's been two thousand years, and neither one has exactly caught on yet. Why should this time be any different?"
"Care to put your money where your mouth is?"
He eyes me carefully. "I would, but you see you have this whole mystic omnipotent God thing going on. Personally, I don't care for those odds."
I arch an eyebrow. "I may be omnipotent, but Jesus does have free will  and he does possess the ability to make his own decisions. You think I'd stack the deck in my son's favor? Just to win a bet with you?"
"Let's say I'm taking no chances." He smiles. "Tell you what, though—give me free rein.  Let me do what I want, and you not say anything or do anything to interfere with me? As far as they're concerned, that is."
I open my mouth to object, he hastily interjects. "No killing, I swear to it."
That's better. I still have some measure of control over the serpent.
"So be it." I agree, turning my attention back to where it had been, to my son.  I'm smirking now. Openly.
O ye of little faith, watch and learn.


The Making of Revelations: How it came to be
The idea was born many years ago. Over forty, actually. When I was a teenager. Back then, it didn’t have a name, and it had no real shape. But I knew what I wanted to do. I wanted to tell the story of Judas Iscariot. The trouble was I didn’t know how.
What drew me to Judas, is probably what you’re asking yourself, and that’s a valid question. Ask anyone else who Judas is and you’ll get answers that are probably all variations on a theme of betrayal. I’m not sure exactly when I began to question that, but I do know that when I saw Jesus Christ Superstar performed live back in 1971 (or thereabouts), I had an epiphany regarding him. I saw him, not as the bad guy as often portrayed, but someone who not only believed in Jesus but was willing to do what he needed him to do. For without Judas’ “betrayal” of Jesus, the story would not have worked out the way it did. It needed to happen that way. And if you read the Gospel of Judas, he was the only apostle who trusted Jesus enough to do that for him. Gives one food for thought, doesn’t it?
Very interesting, but where’s the story, I wondered. Was I going to take an historical perspective, research the man and his life? Easier said than done, especially back then. We had no Internet. We didn’t even have computers. Research was all done through books. Libraries had card catalogs, a far cry from today when you can log onto your library website and browse their selection, then request what you want. So I looked and I found bupkus (nothing). I had the Bible, of course, but it tends to be limited on information, as well as a bit biased.
So nothing was written, and I let it go, as my thoughts formulated in the back of my head. In the meantime, I was reading, watching… and learning. King of Kings was my first Biblical movie, and I loved it. Jeffrey Hunter’s portrayal of Jesus is very moving, and I was very enamored of the film. Jesus Christ Superstar – I think I know all the words, I’ve listened so many times. I liked the stage version, but the first film not so much.
Besides watching these things and others, I read. Christopher Moore’s Lamb, The Gospel According to Biff, Christ’s Childhood Pal. What a fabulous book! I loved it! So much I bought the special edition. And I read The Gospel of Judas! Forty years ago I’d never heard of such a thing. Of course I read the DaVinci Code, and watched the movie. And everything began to percolate inside my head…
Then one day it happened. Judas spoke to me, for the first time. And I simply began to write it down, not knowing what he might say, or where his story might lead. It turned out to be quite the story and took me on quite the journey, and led to places that I didn’t expect it to. If he’d have spoken forty years ago, I would not have been ready to receive his message. But my life up until the moment that I first heard him speak prepared me. And the result is Revelations.
The original title was Kyrie Eleison, a tribute to the Mister Mr. song, Kyrie. Kyrie eleison means Christ, have mercy on us. But then fellow author Marie Sexton, who was reading Kyrie for me at the time, suggested a simpler title. A better title. Revelations. So Revelations it became.
I know there are people who will not like Revelations, and by extension, me. People who will not see the message it carries, only that it does not follow what they believe. But ultimately, no matter what you believe, Revelations is a story of love. Love is the message, and love is something that binds us all together.
Revelations is love.
Thank you for having me here, enjoy your day!

Bio
Julie Lynn Hayes was reading at the age of two and writing by the age of nine and always wanted to be a writer when she grew up. Two marriages, five children, and more than forty years later, that is still her dream. She blames her younger daughters for introducing her to yaoi and the world of M/M love, a world which has captured her imagination and her heart and fueled her writing in ways she'd never dreamed of before. She especially loves stories of two men finding true love and happiness in one another's arms and is a great believer in the happily ever after. She lives in St. Louis with her daughter Sarah and two cats, loves books and movies, and hopes to be a world traveler some day. She enjoys crafts, such as crocheting and cross stitch, knitting and needlepoint and loves to cook. While working a temporary day job, she continues to write her books and stories and reviews, which she posts in various places on the internet. Her family thinks she is a bit off, but she doesn't mind. Marching to the beat of one's own drummer is a good thing, after all.  Her other published works can be found at Dreamspinner Press, MuseitUp Publishing and No Boundaries Press, and coming soon with both Extasy Books and Torquere Press. She has also begun to self-publish and is an editor at MuseitUp.

You can find her on her blog at http://julielynnhayes.blogspot.com, and you can contact her at tothemax.wolf@gmail.com. 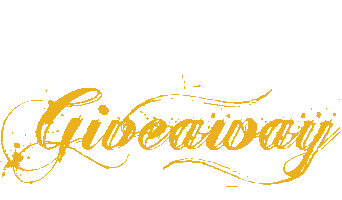