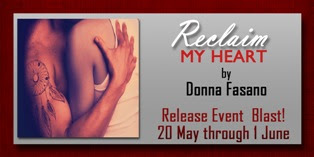 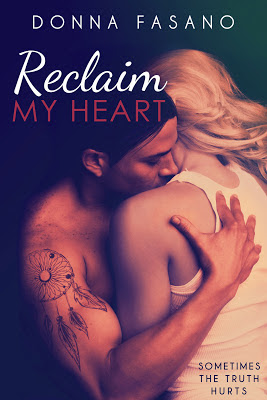 About the Book:
Sixteen years ago, Tyne Whitlock cut all ties to her past and left town under the shameful shadow of a teenage pregnancy. Now her fifteen-year-old son is in trouble with the law and she is desperate for help. But reaching out to high-powered attorney Lucas Silver Hawk will tear open the heart-wrenching past in ways Tyne never imagined.
Forced to return to the Delaware Indian community where Lucas was raised, Tyne and Lucas are tempted by the heated passion that consumed them as teens. Tyne rediscovers all the reasons she found this man irresistible, but there are scandalous secrets waiting to be revealed, disgraceful choices made in the past that cannot be denied. Love is a powerful force that could heal them both—if the truth doesn't rip them apart.


Excerpt 1 of Reclaim My Heart

"Oh, wait. There's someone here to see you."
He frowned. "I don't have time today."
"I know, I know." Martha looked apologetic. "I tried to explain that your schedule is packed, but she insisted on waiting—"
"She?"
Martha glanced down at a pad on her desktop. "A Ms. Whitlock. Tyne Whitlock."
Lucas stared. Blinked. Then he reached up and tugged at his tie, wondering who the hell shut off the room's air supply.
"She's waiting in your office. I tried to tell her your schedule was full, but…" Concern sharpened Martha's tone. "Are you all right? She said she knew you. That you were old friends. That she'd only take a minute of your time. Should I not have let her in?"
Martha droned on and he watched her lips move, but he didn't hear a word of what she said. A blind-sided punch wouldn't have stunned him more than hearing that name. He lifted his hand and nodded at Martha to let her know everything was okay even though he had no idea if it was or not, then he turned and headed down the corridor.
"Don't forget Larry and Nate. They're waiting!"
Martha's warning sounded like a distant echo.
Tyne. Here. In this building. In his office.
What had it been? Twelve, thirteen… no. Sixteen years. He scrubbed his fingers across his jaw.
He turned the corner and came to an abrupt halt. At the end of the corridor, the door of his office stood ajar. He saw Tyne's perfect profile as she sat in a straight-backed chair staring at something out of his line of view.
In an instant, Lucas was catapulted into the past.
Darkness surrounded them like a cloak. Tyne's soft sobs tore at his heart. Of all the girls he'd dated—and there had been more than a few—only she brought out in him a fierce compulsion to protect.
He swiped away her tears, the dark color of his thumb a stark contrast against her creamy white skin.
"I don't understand them, Lucas. I never will."
"Don't worry," he crooned. "It's going to be all right. Trust me, babe. They can't keep us apart. You'll be eighteen soon too. We can do what we want then. Go wherever we want."
He cradled her, his back supported by the massive pin oak. And when she stopped crying, she pulled away from him and gazed into his eyes. Her sweet face wrenched his heart and caused heat to spark his desire. Never had he wanted a girl the way he wanted Tyne. Raw need coursed through him.
She cradled his face between her palms and drew him to her. Her lips were hot against his. The kiss grew hungry, their breathing labored.
"Our love will last forever," she whispered against his mouth.
He heard the question in her quavery tone, responded to her need for reassurance.
"Forever," he groaned, tugging her down onto the mossy ground.
Lucas tilted his head to stare at the carpet in front of his shoes and gulped in the artificially-cooled air as he dragged his way out of the past. The grip he had on his attaché case made his hand throb almost as much as the memory had caused his groin to go all achy and needful.
Of course, their love hadn't lasted forever.
He was within steps of the door when Tyne glanced in his direction. Nuances of various emotions passed across her face. And it was a striking face, Lucas couldn't deny it. The years had refined her features—
She stood, smoothing her palms across the fabric of her skirt.
—and ripened her body. Her eyes were the same vivid blue he remembered, and her white-blond hair was still long and straight. He could easily recall the silky feel of it brushing against his bare chest. As teens, he'd thought of them as the perfect juxtaposition: she, all sunshine and light, he, dark like the night.
He forced his gaze back onto her face.
"Tyne." He entered his office, puzzled by the strain in his voice. What really confused him was the fact that he couldn't seem to get his tongue to form anything more.
"Hi, Lucas. It's been a long time." Her lush mouth pressed into a nervous smile, and his gut tensed.
He wanted to smile back. He truly did. With every fiber of his being. To let her know that he'd survived the sprawling interim since they'd parted just as well as she obviously had. But he couldn't smile. Couldn't speak. Couldn't think. 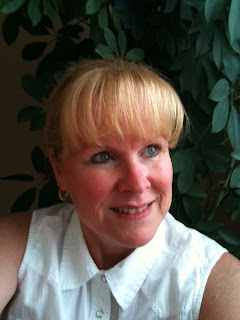 About the Author:
Donna Fasano is a three time winner of the HOLT Medallion, a CataRomance Reviewers Choice Award winner for Best Single Title, a Desert Rose Golden Quill Award finalist, and a Golden Heart finalist. Her books have sold over 3.6 million copies worldwide and have been published in nearly two dozen languages. Her books have made the Kindle Top 100 Paid List numerous times, climbing as high as #17.

What others are saying about Donna's books:
"...complex, funny, and realistic..." ~Wilmington News Journal
"Excellent!" ~Bookreview.com
"Could not help myself from reading excerpts to my husband and friends. This book is well written, the characters are real, everyday folks. It is very easy to identify with them. Donna Fasano is a talented author." ~Elizabeth M. Caldwell on Amazon
"...a fast paced riotous look at family life today. Donna Fasano is right on target!" ~Donna Zapf, SingleTitles.com

Visit the following for all tour stops: http://iam-indeed.com/cover-reveal-for-donna-fasano/