Progression of the FBI/Romance series
By Morgan Kelley.

When I started out to write the first book, The Killing Times, it wasn’t going to be a series. I wanted to just go back to my roots and write what I knew- murder, crime and sex.  It’s always been my first love, (I know how sick and wrong that sounds, but it is what it is) and I’ve always found it’s my strength. I wanted to create a heroine that would make us laugh, cry and cheer her on, and Elizabeth was born. She became such a force to reckon with, that when the book was done, I changed the ending to make it into a series. In the final scene, she was supposed to become Mayor of the small town and Ethan was going to take the job as Sheriff, replacing her. When I read it, I couldn’t do it. I literally called up my BFF in tears, telling her that I couldn’t end it like this. I wanted so much more!
Her answer? Make it a series and see where it goes.
Thus it was born. Elizabeth had her story and Ethan was about to get his now too. Only, his story involved his past on the Rez, and a brother that betrayed his heart. In comes Callen Whitefox in Sacred Burial Grounds. Now I’m stuck with two sexy Native men and one Elizabeth. In the back of my mind I began formulating a plan. I couldn’t see Callen with anyone else but her and Ethan. It was something so off the cuff, I once again called the BFF for her advice. After all, she’d been right so far. I was going to take it where no one had ever taken a Romance FBI thriller before (to my knowledge) I was going to try and seamlessly pull off a love triangle between the three and have it not come across as tacky porn.
Could I do it?
I had no idea. In True Love Lost I started to lay the groundwork. I gave Callen a love interest with the intent of keeping her, if it felt right. It was horrible. I couldn’t do it, because in my heart I knew that Elizabeth and Callen had that chemistry, much like she and Ethan had going on together. They were meant to be a couple. So I went for it. I set up the relationship between Desdemona Adare and Callen Whitefox ready to break it all apart. I even left a note at the end of that book explaining what was happening.
I was feeling horrible guilt to the characters and the readers. I firmly believe in a ‘happy ever after’ for everyone. Here I was building a farce with nothing but lies. I’ve had so many comments from readers that tell me they felt ‘awkward together’. Yeah, that was the plan as I moved into Deep Dark Mire. I was setting us up to the progression of the relationship. I fought past the guilt of leaving everyone hanging and waiting to see the outcome.
Here went nothing…
I was going to either pull it off or get ripped to shreds by the readers for messing with the formula for a romance thriller. It was supposed to be guy meets girl. Girl captivates guy. They fall in love and stay together. Now I added a new element. Brother is in love with girl, and both men are aware.
What was I doing? Am I crazy?
Yeah, probably. I took the leap of faith and made it happen. The three fell together perfectly. Ethan and Callen balanced Elizabeth and gave it that sense of normalcy. This series was my perfect storm. Everything lined up and happened exactly as they should. I couldn’t be happier and love the outcome more. (As do many of the readers.)
What evolved from a simple romance with a thriller twist is now something so completely different. Yes, there’s always a crime and mystery. Yes, there’s love, sex and family involved- but it’s something so completely outside the box that I can’t believe it worked. Will I ever try it again? No. Elizabeth and her men are a one shot deal. I have other series starting and I don’t feel like I can ever do it again and do it justice. From day one, these three were meant to follow their own path, find their own way and be uniquely them.
What began as a simple book has progressed into something so amazing that I find myself thinking ‘I’m the luckiest girl in the world and very blessed’.

Bio
Morgan Kelley lives in the beautiful Pocono Mountains with her husband and two children.  After attending college at Penn State University and studying Criminal Justice, Morgan knew here only true passion in life would be murder and books.  She put them both together and began her career as a writer.  Other than books and writing, you can find Morgan hanging out in her garden and digging in the dirt.
Her other works include: The Junction, Serial Sins, The Killing Times (book 1), Sacred Burial Grounds (book 2), True Love Lost (book 3), Deep Dark Mire (book 4), Fire Burns hot (book 5) The Blood Betrayal, The Blood Redemption, The Blood Vengeance, and The Blood Retribution. 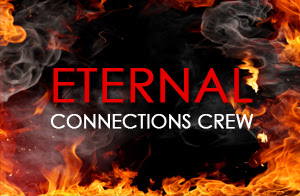 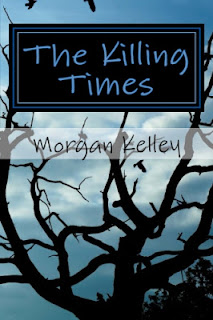 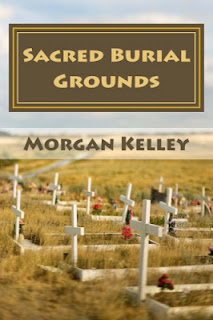 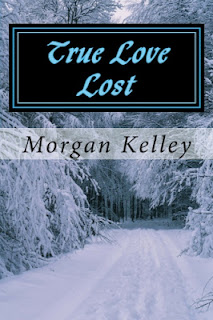 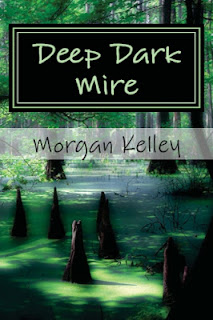 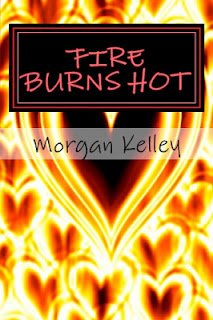