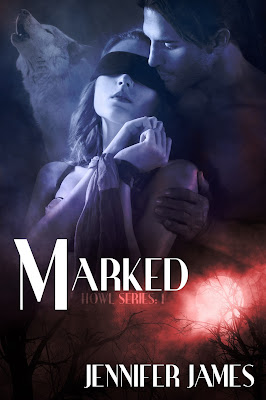 
Blurb:
Five years ago she ran. . .
Kayla is back where she belongs: in Jack’s arms. But after the initial explosion of pent up longing and need have passed, she has to convince him to complete the bond between them.
Ingrained fears sent her running, but the need for her mate and the love she’s denied has brought her back. To be Marked will join their souls together forever, a bond Kayla can no longer live without.
An Alpha wolf, Jack waited for Kayla to return to him and protected her from afar. When he senses her outside his home, he isn’t beyond setting a trap meant to entice her back.
Once he has her, he has to show her it isn’t just her heart he needs.
He needs her trust and with it, her submission. 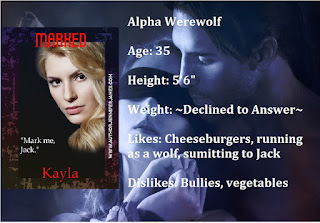 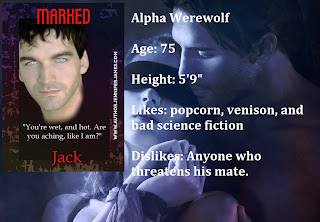 I have a bad habit of creating series. I love to read them, so it shouldn’t come as a surprise that I keep writing them. *grin* Last week I released my very first Indie title, a short story set in a universe called HOWL. This universe will be in the spirit of Felicity Heaton’s Vampire Realms, with lots of different characters, book lengths, and storylines. I hope you’ll enjoy my take on werewolf soul mates in this first installment, MARKED. 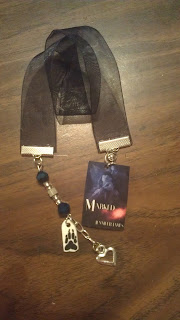 To celebrate the release of MARKED, I’m running a Rafflecopter through May 31. In it, there’s a chance to win a gorgeous book thong I created! I also two some Jennifer James swag packs up for grabs. But don’t worry, if the Rafflecopter doesn’t smile on you, I’m hosting a Facebook party May 31. There will be ebooks, awesome swag, and lots of games.