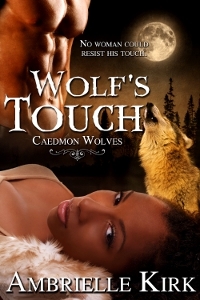 Goodreads Blurb:
Jayson Truman is captivated by his boss’s daughter. He finds himself fantasizing about the many ways he’d like to have his way with Arianna Klein. Despite Mr. Klein’s strong connections to the Caedmon community, he and Jayson have never seen eye to eye on any matter. Lusting after his daughter only adds fuel to the flames. Their long-standing business relationship begins to unravel. Secrets are exposed, and loyalty is tested. Jayson is warned to stay away from Arianna…

Cutting family ties seems like Arianna’s only recourse to regaining control of her life. Yet, steering clear of her father is easier said than done, especially when she holds the key to his business’s success…or failure. And as if her life weren't dictated enough by men with oversized egos, add Jayson to the equation and his many attempts to lay claim to her. If he thinks she’s going to swoon at his feet like a sex crazed maniac, he’s got another thing coming. But Arianna is not the only one with a key. Jayson may very well be the pawn she needs to get her out of the mess that her father has built.

Jayson will put his life on the line for Arianna, but will he gain her love and acceptance in return?

My Review:
A sensual paranormal story that definitely keep the reader on the edge of their seat and practically panting from the suspense of various situations. Wolf’s Touch is a quick read that many fans of the genre will enjoy.

Jayson is one sensual male! We’re talking sex on a stick from the very start. He’s been waiting for years to settle with his mate and has been doing his very best to keep busy in the meantime. But will his ways and reputation have messed up any chance of her finally accepting him?

Arianna is one tough cookie! She takes no bull and will gives as good as she gets without blinking. Her only weaknesses are her father and Jayson. All she wants is to be able to make choices for herself, her very own decisions. No one else, just her. Is that too much to ask for?

I enjoyed this story and will continue to read more from the author. I just felt this story had too many loose ends untied and holes that needed to be filled that were there since book 2. I look continue to look forward to what Ambrielle will bring us next in the Caedmon Wolves series.