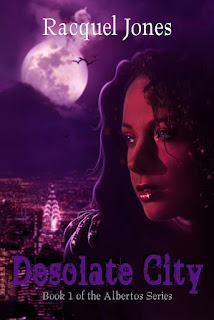 Ereshkigal, a group of powerful beings that all Haydens resent, have their sights on Seiren and Haydens from every corner of Black Phoenix will do everything in their power to stop them.

With the help of the gun-toting agent Luann and Hayden guardian Julius, Seiren must figure out her place in all of this and why she is literally running for her life.

“I need a drink over here!”

Two hours had gone by and the urge to run drove her up the wall. It was one of The Soul Reaper’s busy nights and it made her mood no better. Haydens were laughing loudly, clashing glasses and literally breaking them. Dimmed lighting with a smoky haze flowed around every table.

Monkey faced Haydens cackled in their corner, while the fairies—sweet smelling and graceful—sung soothing songs and swayed to their own beat. The poisonous Haydens poked at one another in their game of ‘whoever turns a different color and dies, wins’.

The lone ones sat at the bar mumbling to themselves in a foreign tongue. Seiren figured that what they spoke was one of Haydoria’s many languages she heard over the years. Either way, she made sure she wasn’t the one to serve them.

One had rows upon rows of jagged dirt-caked teeth, too big to fit in his mouth. Around his mouth, the skin was stretched and torn, yet no blood poured from the wounds. The skin had white fuzz in patches. How a mouth like that could even mutter words was beyond her. The sight of it speaking was sickening.

She sneaked a peek at another lone one at the right side of the bar. It puffed black smoke in small pants as its chest heaved harshly. One of its eyes was missing, the socket oozing a greenish substance. Its skin, pale and covered in pink warts, sizzled in the light and gave off fumes that smelled of rotten eggs.

He wasn’t the worst of them, though. The one at the very end of the bar had toothless mouths sucking in air like a dying fish and blistered eyeballs all over his body following everyone’s movements. The wheezing noise easing out of his mouth probably meant a lot of words to another Hayden, but to Seiren it meant stay away.

“Hey, waitress! How ‘bout some service?”

“Coming,” Seiren mumbled, breaking her attention away from the bar.

Her dream was to one day leave Black Phoenix. The city was so unorganized when the Haydens were involved. Everyone had their set group, but with all of them mixed with one another, she couldn’t even tell what was what anymore. And that bothered Seiren. She couldn’t even tell the difference between the snake and crocodile Haydens after a while.

“Here’s your beer, sir,” she forced out glumly. “Will that be all?”

Bug eyed and drooling, the devil look alike scanned her body. “No, it won’t,” it said, nudging its crusty friend. “I think I’ll have you next, baby.”

Slowly blinking, she struggled to keep the vomit from rising in her throat. Relax. Just relax. Scum will always be scum, she thought. “Nothing else? Call me if you need anything.”

Not giving it or him a chance to be disgusting for a second time, she walked behind the bar and slid to the floor with a pained moan. The peanut shells from the bar pressed into the bare palms of her hands. It wasn’t enough that she had to work with them. The horrible flirts and jokes had to come with the job at some point. It had to be endured for the sake of earning her keep and her very expensive ticket to freedom. Any ticket, rather it be by boat or train, was well worth over a few thousands.

She massaged her temples. It annoyed her that the rich had all the resources in the world to leave, but they would rather stay for some unknown reason. If she had more money than she could hold in two hands, she would have been on a plane a long time ago.

Kat, her boss, worked behind the bar serving drink after drink. The short woman had crow’s feet by her eyes and an uneven bob. Kat came off as a bitter old woman to most, but was nice enough to risk giving a job to an underage girl.

“You’ll actually pay me to sit on the floor?” Kat gave her a sullen look while Seiren slowly wiped the peanut shells from her hands. “I know. Just feeling a little drained.” Over the bar, she could hear another glass shattering.

“You? Wonder Woman? No, that’s a lie,” Kat stopped momentarily to spare her a look. “Been overworking yourself?”

What’s with the superhero names? “Well, you know me. Won’t stop till I drop.”

Kat shrugged. “You’re one of my best workers. We can’t have you dropping now.”

“Suck it up then, Seiren. We got a busy night and you’re slacking. And let me remind you, I’m not tolerating any violence tonight.”

Seiren’s lips twitched upward. She punched a scrawny long arm thing once for feeling her up. “I was put on earth to beat on the scumbags. I can’t hide my gifts, Kat.” Oh, the memories of that Hayden’s broken nose.

“Then I guess you’re willing to get fired?” Kat asked sliding a shot glass down to a ghoulish looking fellow. “Not tonight, you got it? Last time, you started a riot. You should have been gone right then.”

If only she could run for two minutes. Only two minutes and her night would be refreshed. Maybe then she would be able to keep that promise. The wind blowing through her curls when soaring from rooftop to rooftop seemed so far away.

“Seiren, I mean it,” Kat said through her teeth, slamming a bottle of whiskey. “As a matter of fact, make yourself useful and take the trash out. Maybe some fresh air will do you some good.”

At first a protest built itself up in the pit of her stomach. That was not the type of fresh air she was thinking of. However, a Hayden looked over the bar, clear teeth chattering with a snotty nose. She shook her head with a sigh and stood up.

“Yes, please do,” Kat answered as she turned to the chatter teeth customer. “What’ll it be, hon?” 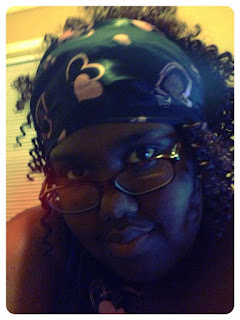 Racquel Jones has been a Michigander for 22 years now. She has a love for all things fantasy, art and the history behind it and comic book heroes. Since she was able to talk, she told stories to her friends rather it be fan fiction or her own original ideas. Right now, she is looking to one day expand her horizons into writing for comics and owning a branch of unique cafes/bookstores.