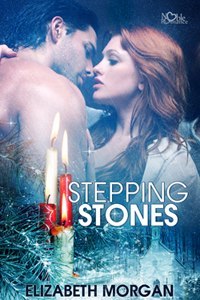 
There's nothing like a wedding to bring the family together . . . .

And if it wasn't her baby sister's wedding, Margaret West wouldn't be returning home at all.

Why else would she go back after six years, knowing full well that she has people to face, and explanations to give?

If her parents' interrogation wasn't bad enough, the fact that she has to be civil to her foster brother, Adrian, is worse. Best friends since childhood, they haven't spoken since he went to America . . . the day before Margaret was supposed to be married.

And to make matters even more awful, her ex-fiancé William, is the Vicar who will be conducting her sister's wedding ceremony!

All want an answer from her, and they aren't taking no as one of them. Why did she run in the first place? Why has she been so angry with Adrian? Why didn't she marry William?

Margaret isn't even sure she knows the real reasons any more.


A short sweet story based on family and finally finding true love. Anyone looking for a quick and touching read will enjoy Stepping Stones.

Margaret is a beautiful, smart and talented woman that has made some wrong decisions and some right ones. Facing a situation that brings her face to face with the consequences of one of the most agonizing decisions she’s ever made, is not easy. But she’s not been with her family as a whole for six years and that needs to change. She finds out a few shockers and even gets a huge surprise while facing her family and reconciling with her dear ones. One of them from within herself and she never realized it until it was brought to her attention by many. Maybe running away from her wedding was one of the best decisions she’s made :)

My favorite character is Margaret’s sister. She’s the type that tells it how it is and that’s the best way to do it. She was also the one that helped bring two people that belong together, right where they needed to be…together. I was very happy with the ending and would love to see more of Adrian and Margaret in the future.