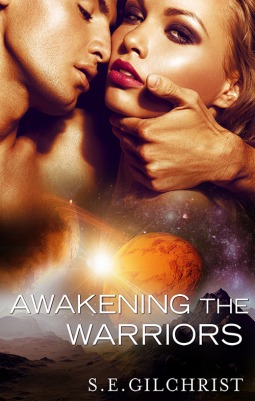 Fran must have been crazy to leave her ordinary, safe life and volunteer as a colonist to terra-form a new earth. Now she is trapped in a prison cell on an alien planet a zillion miles from home and bound for a hideous death in notorious research chambers.

She has one chance of escape: awaken the long dormant sexual urges of the Darkon Warriors shackled in the next cell.

It’s a desperate job, but someone has to do it.

Fran has been captured and now held prisoner with many others of various species. She is the only adult human in their holding cell and has plans in her ind to make an escape. After talking with her fellow prisoners, her plans change. Not the very best of plans. But if what they say is true. She has the power to help everyone escape in a less dangerous way than she originally had planned. Or at least that's what it's suppose to be. What happens next is the last thing she'd expect...

I really wish there was more to this story. Especially on Quain and Jerrell. There was not much given about them and I found myself...wanting. I hope the author plans to continue this as a series :)