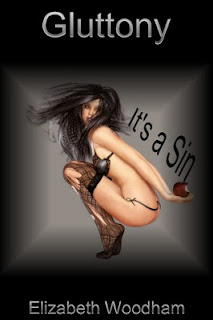 Source: Author in exchange for a honest review.
Published: June 12, 2012


Owen Shaunessy stretched luxuriously and yawned, his usual habit of sweeping the view beyond the triple glazed windows of his apartment was impossible to achieve today, the world outside held no interest. Today was different, instead of resting his gaze on the city skyline, which seldom failed to arrest him, he rolled over, raised himself up onto one elbow, rested his head in his hand and stared down in awe at the beautiful, sleeping form of the girl alongside him, her warm body, touching his, causing a painful ache in his cock. He needed to take a slash, but resisted the urge; hardly daring breathe, as he looked along her body in repose, lingering over the heavenly portions barely covered with the sheets.

One impossibly long, lithe, smooth leg was stretched out in a nod to the heat of the night, obviously needing the air conditioning cooling her skin. ‘She certainly looks after herself,’ thought Owen, the perfect pedicure of her pretty, pink toes, and her French manicure advertised Anna Carmichael’s meticulous beauty regime. Warning: Adult content unsuitable for readers under the age of 18.


I just realized I read this out of order and find myself having to, no needing to read the first (Lust-It’s a Sin) and anything that comes after, ASAP! I think it’s actually a good thing this happened; I can now officially say I was not lost even though I missed the first part of the series (that’s a great thing to be able to say!) Gluttony-It’s a Sin is an extremely sexy, imaginative and engrossing short that leaves you wanting much more :)

The sex is very intense and Owen indulges in all ways possible with Anna. He does not want to let go of her or have her out of his sight for a moment. She does things to him he has never felt before and has a feeling she feels the same way.