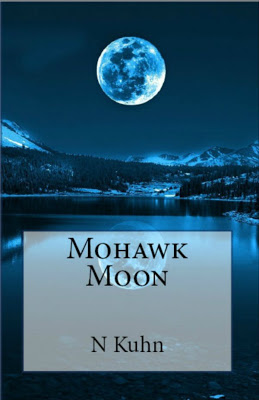 Blurb
Janelle hasn't been home in ten years. All of a sudden, she has to deal with her mothers death, her broken relationship with her sister, and some sexy stranger following her. She doesn't know whether to be scared, or excited.

Damien needs to restore his families honor. He needs to use Janelle to do it, there's one problem. There's someone standing in the way. He's vowed that no one will stand in the way or getting what's his.

Together they must save what's left of both their families, and along the way, deal with what's going on between them. Join them on the beginning of their journey, under the Mohawk Moon. 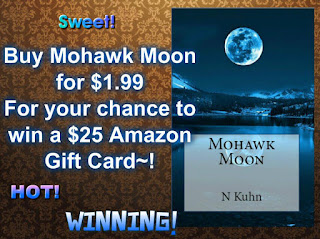 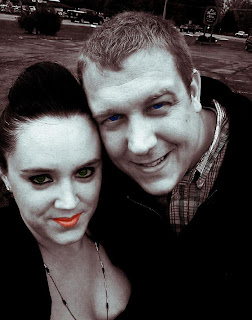 Bio:
The N in N. Kuhn is actually Nicole. She was born and raised in western New York. She grew up with a love of books, and a passion for writing. She was always found with her nose in a book. She finally decided to take the steps to embark into self publishing at the urging of her Grandmother. Mrs. Kuhn has dedicated her second book to Janet Starr, as she passed just days after being published.

Nicole survives on coffee alone. Mostly Tim Hortons. (It’s a NY thing.) A fan of drinking it from the time she gets up, until she finally rests. When not writing, she crochets and spends time with her beautiful daughter and her husband. Her friends call her Octo-Mom because she multi-tasks so well. Between her full time job, family, crochet and writing, it’s a wonder she ever sleeps.

Mrs. Kuhn feels that reading in our youth is a very important trait to instill. She reads with her young daughter as much as she can. “It’s the most important thing a parent can ever do with a child. Read, teach them to read. Don’t buy them toys, buy them books,” She says.