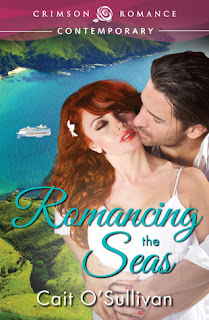 Goodreads Blurb: Sous-chef Pippa Renshaw thinks a change of scene will mend her bruised heart, so she swaps her job in a prestigious London restaurant to head-chef on a cruise ship sailing around New Zealand. A great plan until she meets her new CEO, the delectable Jonathon Eagleton, and discovers she has to share a suite with him.

Even though sparks fly whenever they are together, Jonathon steadfastly keeps her at arm's length, which suits Pippa just fine because she's still getting over the betrayal of the last time she had a relationship with the boss.

The situation is starting to feel like solitary confinement until a thunderstorm traps them in a tramper's hut while hiking. Suddenly a different kind of storm unleashes inside the hut.

But will they be able to go back to their previous status now the line has been crossed?

My Review: A sweet, fun and romantic read with lots of food and a touching romance that many fans of the genre will be sure to enjoy :)

Pippa is starting anew. Her first step is taking a job pretty much on the blind doing something she loves. She’s excited for a new adventure and the escape of the terrible situation/relationship she was in before. The last thing she expects is to meet the perfect man.

Jonathon recently made it to his current position as CEO and has worked very hard to get there. Now he’s cleaning up the mess the previous CEO left and is working on various projects and improvements. As well as “cleaning up” other areas because the former CEO enjoyed sleeping with the new hires. When a new hire comes aboard, he is stricken by her beauty. His first though is “is she capable of the position she’s been hired for or is she one of the former CEO’s playthings?” He sure hopes not because he’s awakened in the most intimate of ways within himself and is finding it very difficult to resists her.

Not many get the chance to meet their soul mate. Pippa and Jonathon are two very lucky ones. They instantly were drawn to one another and are such a perfect match. I would not mind at all seeing more of Pippa and Johnathon and how their lives end up once they are all settled. 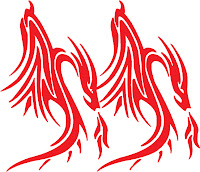