NEW cover reveal for A Rangers Tale by Mysti Parker 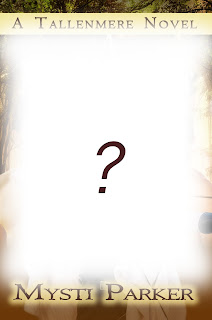 The world of Tallenmere was born in January, 2011 with this first exciting story about Caliphany, an elven noblewoman who longs to leave her gilded cage, and Galadin, the half-elf former pirate who trains her to do just that. To better reflect its place in the burgeoning series and Caliphany's choice between two good men, cover artist Caroline Andrus and I tore down the original cover to make room for a whole new look!

Blurb:
In the world of Tallenmere, an elven noblewoman longed to leave her gilded cage. A half-breed former pirate wanted nothing more than to escape his guilty past. Easier said than done...

High elf Caliphany Aranea leads an enviable life as King Leopold's niece and daughter of Sirius, Leogard's most famous wizard. Yet, being forced to follow in her father's footsteps and being betrothed to a man she doesn't even like makes her want a taste of life outside the city walls.


As a young boy, half-elf Galadin Trudeaux witnessed his parents' death at the hands of pirates. After being raised by those same murderers and forced to do their bidding, he escaped and now lives an honest life as a sea merchant and ranger.


When two brutes at Leogard Harbor attempt to kidnap Caliphany while she dreams of faraway lands, Galadin comes to her rescue. Impressed by his skills, she asks him to train her as a ranger. Though he is hesitant at first to train a woman of her class, Caliphany's hefty sack of gold finally persuades him. Unfortunately, her father is not amused, and the two must escape before Caliphany faces a forced marriage and Galadin faces a noose.


From that moment on, she and Galadin embark on an adventure of a lifetime. Only if they can survive the trials ahead, will they find a love that stands the test of time.

You can find the brand new version of A Ranger’s Tale with its shiny new cover at all major online bookstores, including:
Amazon.com
B&N
Smashwords
Lulu
All Romance eBooks
Coffeetime Romance 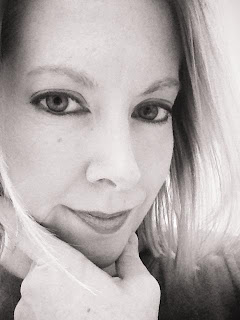 Mysti Parker (pseudonym) is a full time wife, mother of three, and a writer. Her first novel, A Ranger’s Tale was published in January, 2011 by Melange Books, and the second in the fantasy romance series, Serenya's Song, was published in April 2012. Book Three, Hearts in Exile, is expected to be born in the summer of 2013. Mysti reviews books for SQ Magazine, an online specfic publication, and is the proud owner of Unwritten, a blog recently voted #3 for eCollegeFinder’s Top Writing Blogs award. She resides in Buckner, KY with her husband and three children.

Mysti’s other writings have appeared in the anthologies Hearts of Tomorrow, Christmas Lites, and Christmas Lites II. Her flash fiction has appeared on the online magazine EveryDayFiction. She is currently a book reviewer for the online speculative fiction magazine SQ Mag and has served as a class mentor in Writers Village University's six week free course, F2K.