5th day during the 12 Days of Christmas


Hosted by: As You Wish Reviews & Confessions of the Paranormal
Sponsors: As You Wish Tours & Book Dragon Designs


Welcome to the 12 Days of Christmas Blog Hop!!!


Everyone has a YUMMY cookie recipe to share and there are some extra little treats scattered around the Hop too, so be sure to visit each of the Authors and Bloggers blogs to make sure you don’t miss out on something SWEET!

Also for an extra special something in your stocking check out the Rafflecopter GRAND PRIZE Giveaway below. 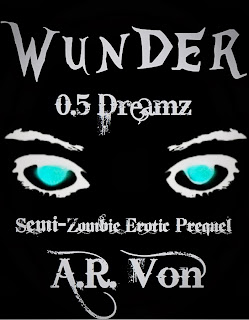 A World of Turmoil and Yearning
Wunder may have a normal life now…well, as normal as a freak of nature could have. Half zombie while her job is to hunt bloodthirsty creatures to protect the innocent. It’s the dreams that haunt her and they aren’t nightmares. Wunder dreams of a man, a man made just for her. Is he real, can he be the one she‘s yearned for?
Pete’s world is a lonely one as he wrestles with the reality of being part zombie. His hatred for the creatures that killed his parents drives him to patrol the streets and wipe them all out. His life would be stark, but for the dreams he’s been having; of a woman, so sensuous, so sexy. These alluring visions have become erotic and consuming. He feels as if he made her up to keep from going crazy. Is this life of hunting the walking dead, all there is? Or is she out there, waiting…just for him?