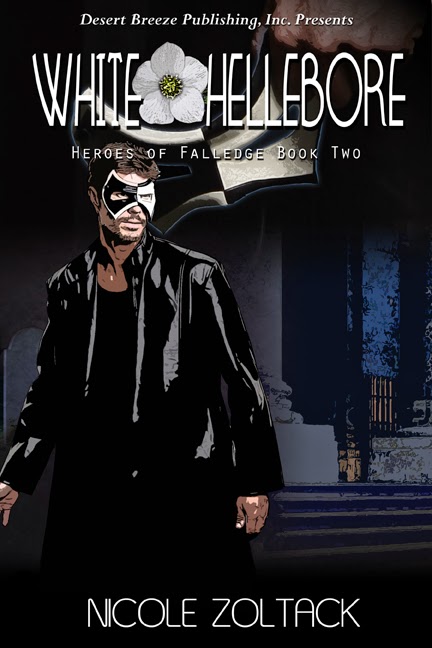 After destroying Skull Krusher, Nicholas Adams thinks Falledge is safe and becomes a security guard at the museum, watching a valuable statue. Unfortunately, the Egyptian statue houses the soul of a scorned witch, biding her time to have her revenge on the descendants of her cheating lover.

Kiya the witch isn't the only new foe in town as the drug that created Skull Krusher has now transformed a scientist into yet another monster, forcing Nicholas to don his Black Hellebore mask again and save Falledge.

Nicholas has no help this time as Kiya gains possession of his love Julianna's body and brings the soul of Justina, Nicholas's high school sweetheart and Julianna's twin, with her. Despite himself, Nicholas is torn between the sisters. If he can't stop the fiends from taking over the world and destroying humankind, he'd never be able to find lasting, true love.

"Ready for your present?" His low voice sounded huskier than normal.
"Yes."
Nicholas placed a thin rectangle gift on the table and quickly yanked off the crushed bow. Maybe his super speed had ruined it. At least the present was still wrapped perfectly.
"Never knew you could cut a corner so tight."
"There're a lot of things you don't know about me."
A challenge. She touched her lips with her fingers. "A little mystery suits you. But not too much."
Beneath the wrapper was a decorative box. Inside, rested on a cushion of red, lay a silver pen. Julianna lifted it. It had some weight to it, and engraved on it was "Ace Reporter: Julianna."
"Do you like it? Gavina thought I should have gotten you jewelry, but you hardly ever wear necklaces."
"No." She touched her tiny diamond earrings, a present from her parents after she graduated college, the only piece of jewelry she consistently wore.
"And then she suggested flowers..."
But flowers had always been Justina's thing. Funny that a girl who spent her time running around, chasing cars and stars and dreams, would bother to plant flowers. Not that she stayed still long enough to prune them or tend to them or weed them. Her flowers had been just like her -- wild and free. A small patch of them still bloomed in the springtime every year in a corner of their parent's yard.
"And I know you aren't a reporter--"
"Let alone an ace," she said dryly.
He winked at her, but she could sense his apprehension. He so wanted her to like his gift. "You would have been if you went to school for journalism. Heck, you could quit being sheriff and become a reporter tomorrow. I know you could."
"Why not Julianna Paige?" She traced her finger against the indentations.
"Ah, well... There was a character limit." He chuckled, toying at the collar of his blue golf shirt. He'd left the top three buttons undone, and she could just glimpse the swell of well-formed pecs.
"Um." Julianna grabbed a napkin and wrote, "I love this pen more than you," and slid it across the table.
Now his laugh was carefree. "A pen won't make you coffee in the morning."
"You don't know. You're too busy sleeping after wandering the streets for no reason as Black Hellebore. Plus, we don't live together."
Yet hung in the air.
"Pens can't kiss you," he persisted.
She placed the cold metal against her lips and kissed it.
"Pens can't kiss back," he said hoarsely. He stood, leaned across the table, and lowered her hand. She closed her eyes, ready to accept his kiss, when their waitress cleared her throat.
"Would you like another flask of sake? Are either of you interested in dessert?"
Nicholas looked like he wanted to shove the dessert menu back in her face, and Julianna didn't disagree.
"No thank you," they said together.

Add it on Goodreads! https://www.goodreads.com/book/show/21912639-white-hellebore 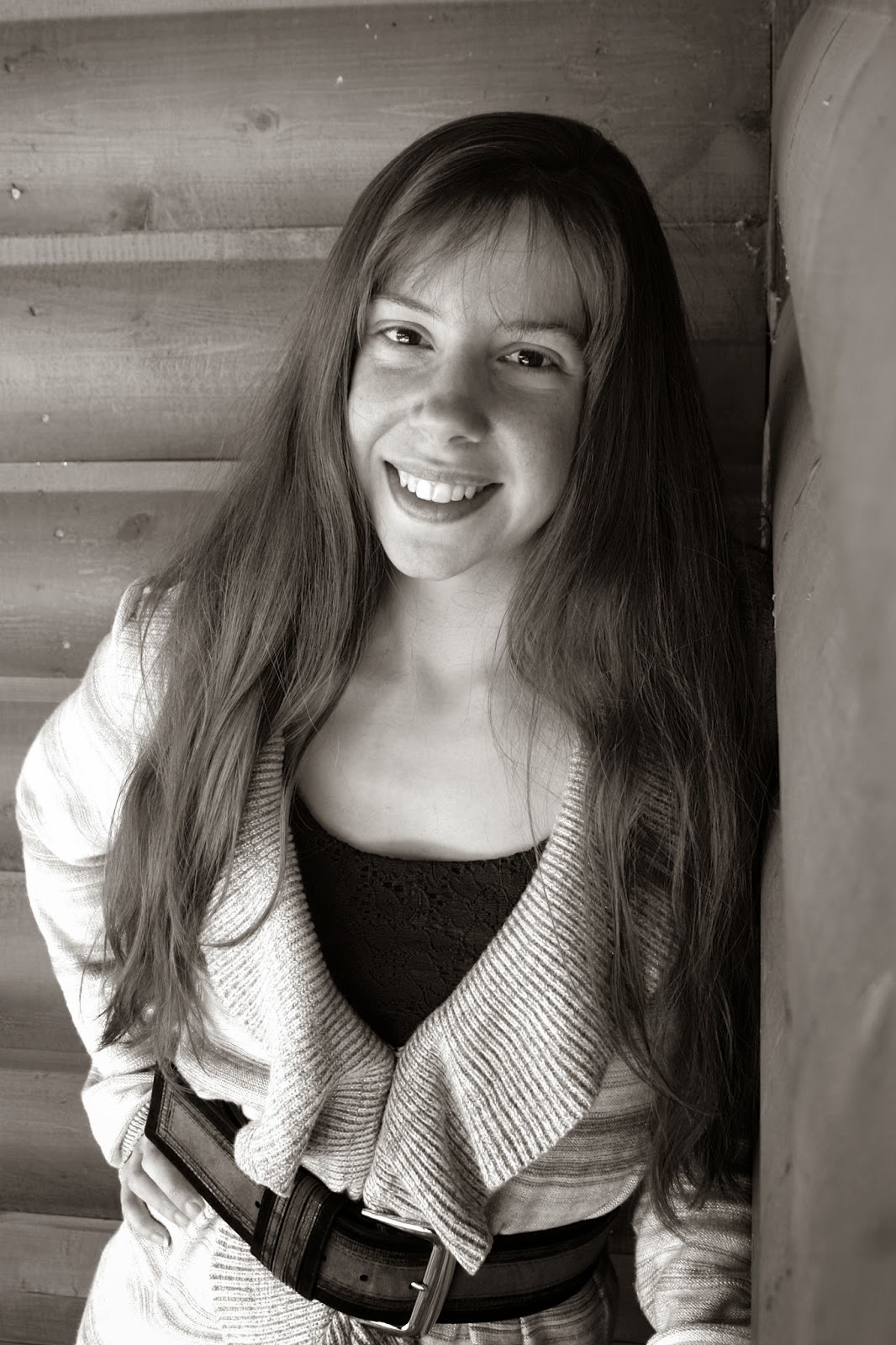 Nicole Zoltack loves to write in many genres, especially romance, whether fantasy, paranormal, or regency. When she’s not writing about knights, superheroes, or zombies, she loves to spend time with her loving husband and three energetic young boys. She enjoys riding horses (pretending they’re unicorns, of course!) and going to the PA Renaissance Faire, dressed in garb. She’ll also read anything she can get her hands on. Her current favorite TV show is The Walking Dead. To learn more about Nicole and her writing, visit http://NicoleZoltack.blogspot.com