After working her way up, Sinthia Michaels has finally hit it big in the glamorous fashion industry. Young and beautiful, she has it all—a celeb lifestyle, a gorgeous Manhattan townhouse, and a highly anticipated couture fashion line.

Core McKay, former kingpin of New York City’s organized crime, is now a wealthy and legitimate businessman. However, when Core sets his sights on a corrupt politician, his need for revenge leads him to Sin’s up-and-coming fashion empire.

Weaving together his twisted lies and dirty secrets, Core entangles Sin in his web of deceit. When the backstabbing fashion world, the vicious political arena, and the ruthless criminal underworld converge, Sin becomes trapped in the middle and struggles to fight her way out. 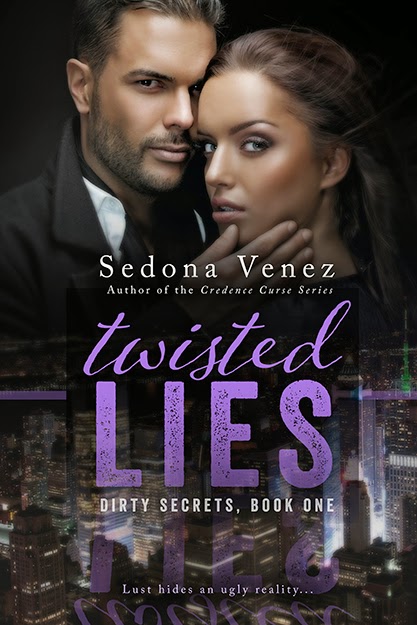 Our mouths were a breath away. The desire and tension were almost more than I could take. Abruptly, he removed his thumb from my mouth, cupping the back of my neck, pulling hard on my hair, before his lips settled across my mouth. My breath caught as my mind was undecided as to whether I should pull back or allow him to delve further.

Who am I kidding?

There was no allowing. I was Core’s possession, and the cocky bastard knew it.

Sensually, I moaned as his tongue curled around mine, demanding that it come out and play. He awakened a need that lay dormant in the pit of my stomach, a need that only he could satisfy.

His hand skated down and squeezed my hip while his eyes were fixed on me. “I want you. Now!” he growled.

My pulse raced, and my body trembled with want. He was crumbling my resolve. Diabolically, he stripped me emotionally bare, leaving me vulnerable and raw to the bone. He was revealing a piece of me that would be better left hidden. The message was clear. He knew what I needed, and he would give it to me if I took the leap of faith.

“Sinful.” He licked my bottom lip slowly. He pulled back with his eyes locked onto me with a power that left me breathless. “Are you mine?” he asked gruffly.

My heart raced with sickening excitement. I knew that he was evil, lust, and darkness personified. He should have terrified me, but he didn’t because I was just as fucked-up in the head as he was.

“I’m never letting you go, Sin.” Tilting my head back, he kissed me hard. “What I claim, I keep.”

I was a spider trapped in his web.

“Now, get on your knees,” he ordered in a brusque tone.

This was it—the moment of truth that would seal my destiny. Self-preservation finally kicked in.

My mind screamed like a banshee, Run, Sin! Tuck your ass and run!

My body tightened, preparing to run away as if a horde of paparazzi were nipping at my stilettos.

Core’s cold gray eyes narrowed. “I’m a hardhearted, ruthless motherfucker who doesn’t know shit about love or relationships.” He pulled me forward, one hand taking a firm hold of my wrists, while his legs forced my knees apart. “And neither do you.” His free hand ripped off my panties. “Perfection is complete fantasyland bullshit.” 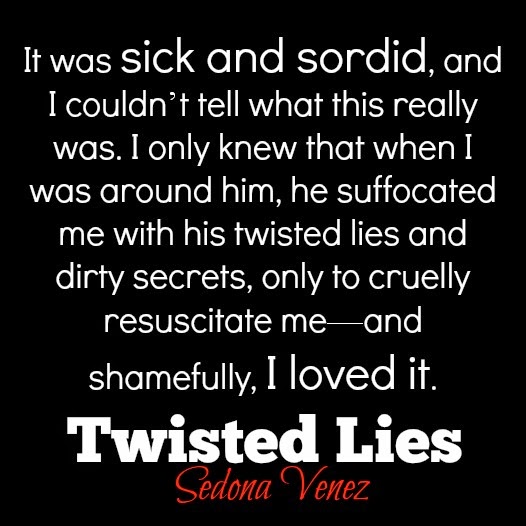 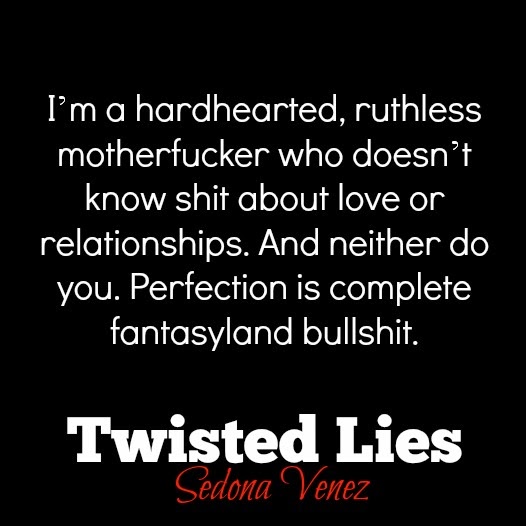 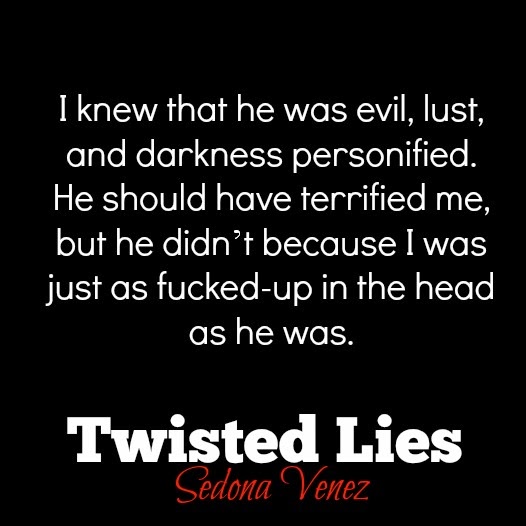 Sedona Venez is the New Adult romance author of the following series: Dirty Secrets, Credence Curse, and Valkyries: Soaring Raven. She’s a NYC girl (go Brooklyn!) with a slight obsession with her iPad, Pinterest, Pawn Stars, and Face Off. Her love of music, tattoos, rockers, and alpha men inspires her novels. She also writes as T.L. Clarke. You can find out more about Sedona and her novels by visiting http://www.sedonavenez.com