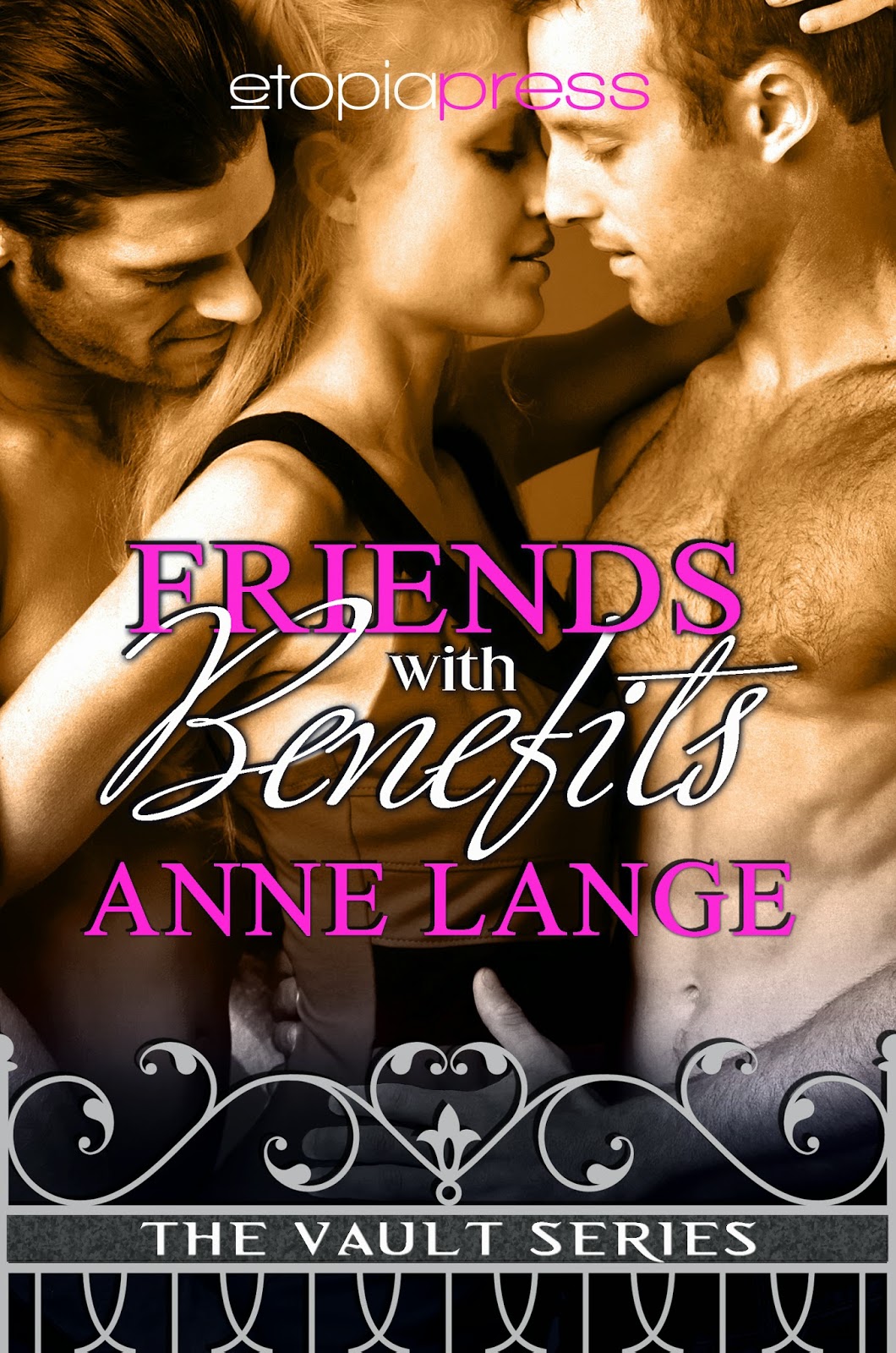 Can a summer of sexual exploration, lead to an unconventional forever.

When his best friend moves to the area, Tyler seizes an opportunity to fulfill his wife’s fantasies while, hopefully, leading her in the direction of his.

Connor can’t believe it when he best friend asks if he would consider seducing his wife. Then he meets Angela, and all the women in his past fade away. With his friend’s blessing he sets out to seduce the man’s wife. And when Tyler joins the party, the three of them set the sheets on fire. Angela is one sexy woman, and Tyler is one lucky man. If only Connor could find a woman like her, one who would love him unconditionally.

When his best friend moves to the area, Tyler seizes an opportunity to fulfill his wife’s fantasies while, hopefully, leading her in the direction of his.

Angie sat cross-legged on the window settee. The brightness of the moon belied the late hour, pushing the shadows deep into the corners. The faint murmur of Tyler’s and Connor’s voices rose through the floorboards from the first level. She looked over at the rumpled bed sheets and then down at the journal lying open in her lap. She re-read her entry.
We did it. I actually did it. How much must Tyler love me to have granted me this particular fantasy? Who knew my husband had a kinky side? And, even though he encouraged me to play with Connor over the weekend, which…WOW…tonight was different. Very different. Tonight the man I’m committed to watched another man make love to me. He helped another man make love to me. No jealousy. No competition. Only mutual excitement, sharing and exploring.
Honestly, it was a little weird at first. But, knowing Tyler trusted Connor made me feel secure. Though I guess I should have known he’d arranged the whole thing. I just didn’t think his surprise would include his best friend.
Oh, my. I can still feel their hands and their lips gliding over my body. The way they touched me, as if I were made of spun sugar. They kissed me. First their lips soft and sensual, and then demanding, scorching, as though they couldn’t get enough. I’ve never felt so alive, so beautiful, so treasured.
Few words were spoken. Few were needed.
“Let’s tie her up.” I’ll never look at Tyler’s silk ties the same way.
“Your skin is so soft, like flower petals.”
“You smell like vanilla, but you taste like some exotic brand of honey.”
They were so in tune to each other. Their hands guided me where and how they wanted me. All I could do was moan and sigh—until the end. Sometimes they took turns, sometimes they played with me together. At times it was almost too much. Having four hands or two tongues pleasuring me…my body hummed like a tuning fork. The energy they created…oh…I could almost feel the blood rushing hot and thick through my veins.
The blindfold hid them from me, and I so wanted to watch. But, I admit, I had no difficulty telling them apart. Their bodies are similar in build, but they are different in every other way.
The only thing that could have made it better would have been to feel both men inside me at the same time. Being sandwiched between two gorgeous men…that’s something I think many women fantasize about. I imagine my body would struggle to accommodate them, but in the end they would win. I think I’d forget to breathe.
My mouth’s watering as I write this. My body tingles. Should I be ashamed of how I feel? How will Tyler react now that it’s over? Was this a one-time event? How do I tell my husband I’m counting the hours until we can do it again?
Angela paused and raised her head when the bedroom door opened, and her husband walked in, a knowing smile on his handsome face.

Friends with Benefits is a sweet, different ménage story that I'm sure will a[[ease those looking for lots of sex along with their story. Any fans of the genre will enjoy the story of Angela, Tyler and Connor.

Angela and Tyler have been together for many years. They have a great marriage and are both willing to indulge in the others fantasies to spice things up a bit. Little does Angela know that Tyler has something up his sleeve. Hopefully it's something she'll enjoy...

Connor and Tyler have known one another since college. They're actually best friends and share better than the average besties. When Tyler goes to Connor for a favor. Connor is a bit reluctant. Once he gets a taste of what's to come, he can't seem to get enough. But will it all be alright with Tyler or will their friendship be forever ruined?

I enjoyed the story but was honestly pissed and Tyler and the way he went about certain things. By the end of the story, I went from dislike to like with him. But not love. Connor on the other hand had me at hello...


A good first experience for me with this author. I look forward to what she'll release in the future.

Anne grew up the oldest of four in Ontario, Canada. She works full-time and writes in her spare time. Books and shoes are her passion. Reading is her escape. Anne started writing in late 2009, realized she needed to figure out what in the world she was doing, and began her trek of workshops, networking and writing. While she reads many genres of fiction, she prefers to write hot, edgy romance with attractive men, sexy females, and always a happily ever after. She’d love for you to follow her on this journey as she brings more fiction to the world for people, who like her, just need to get away from it all for a few hours every now and then.