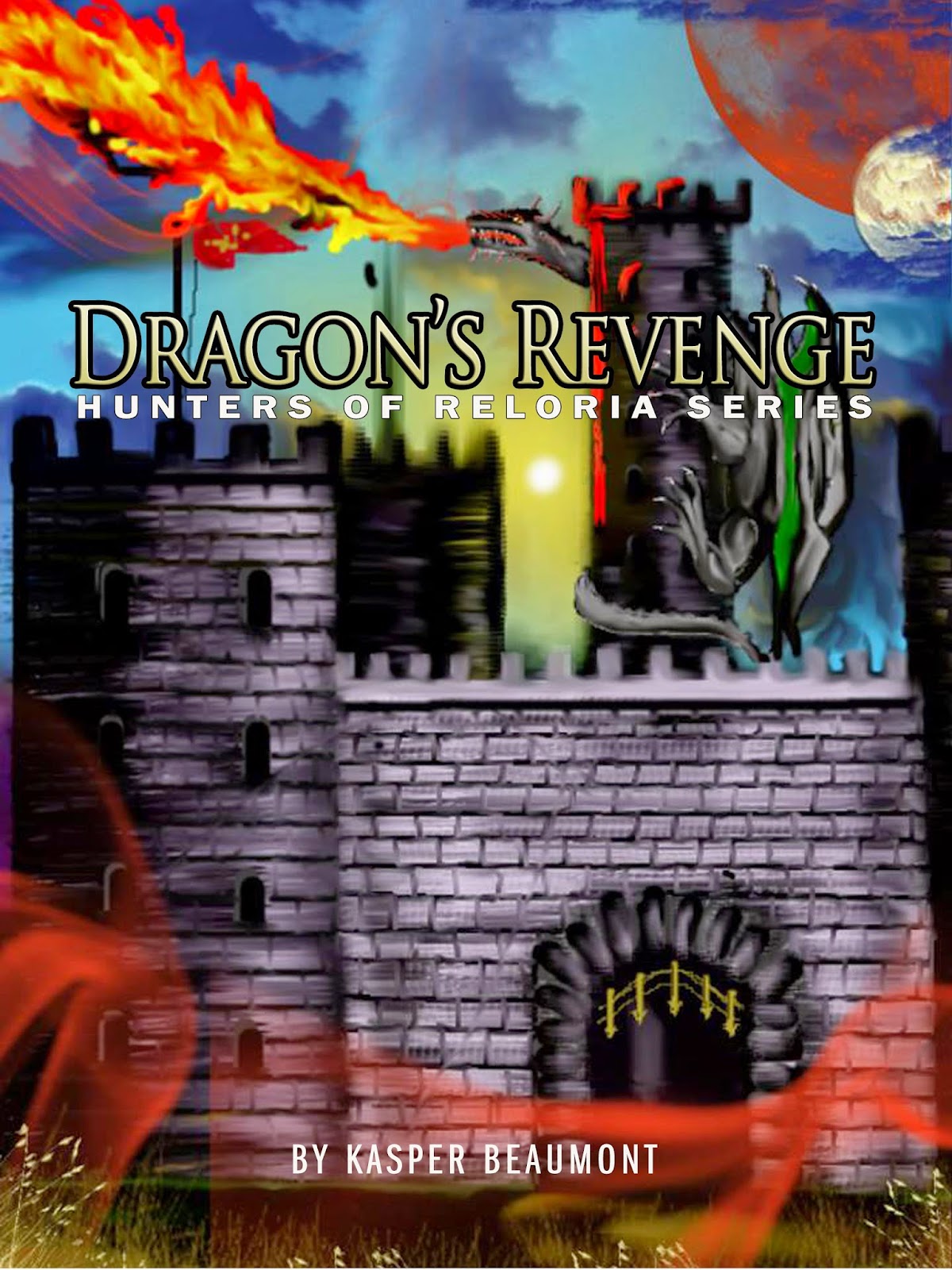 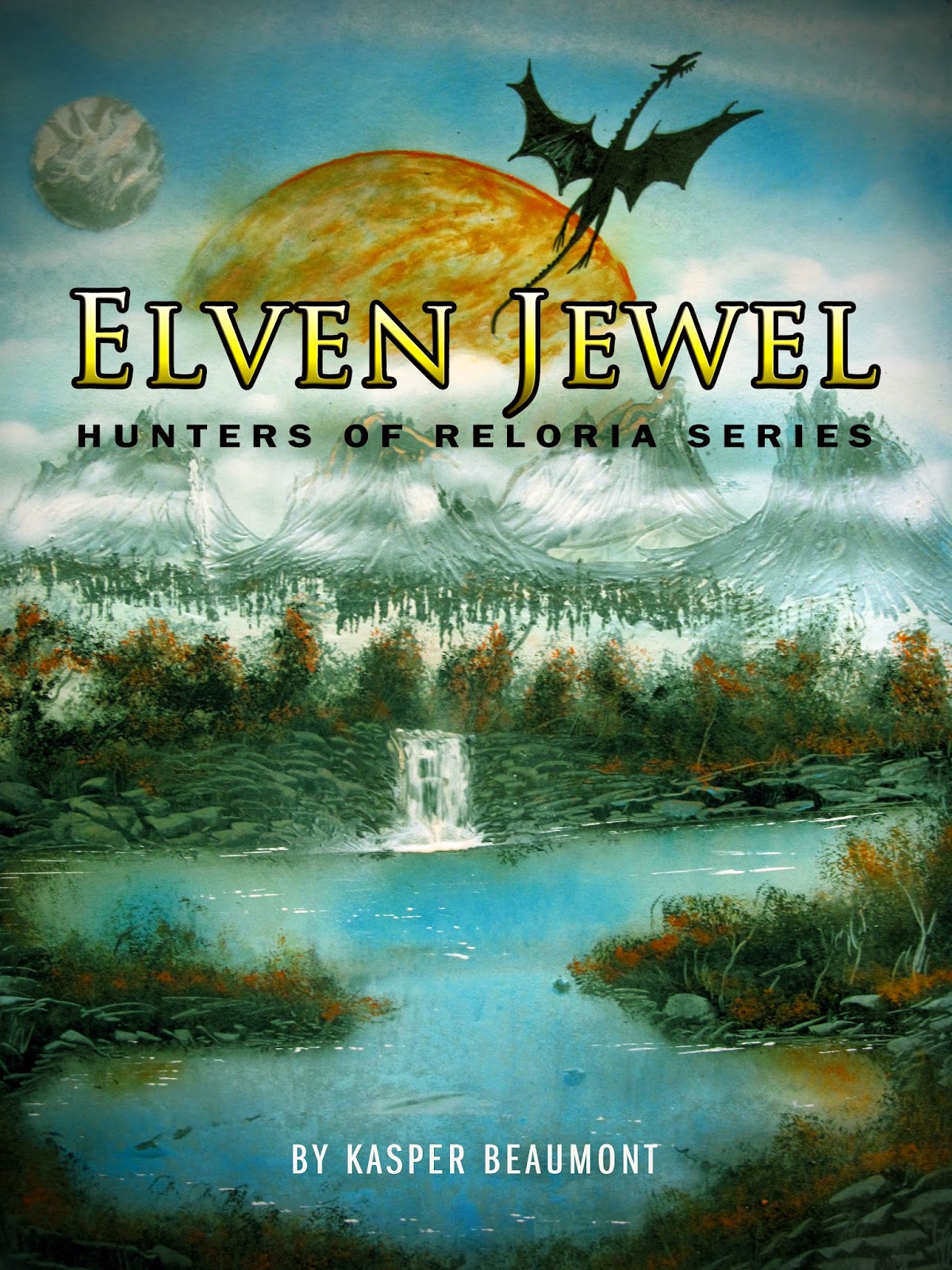 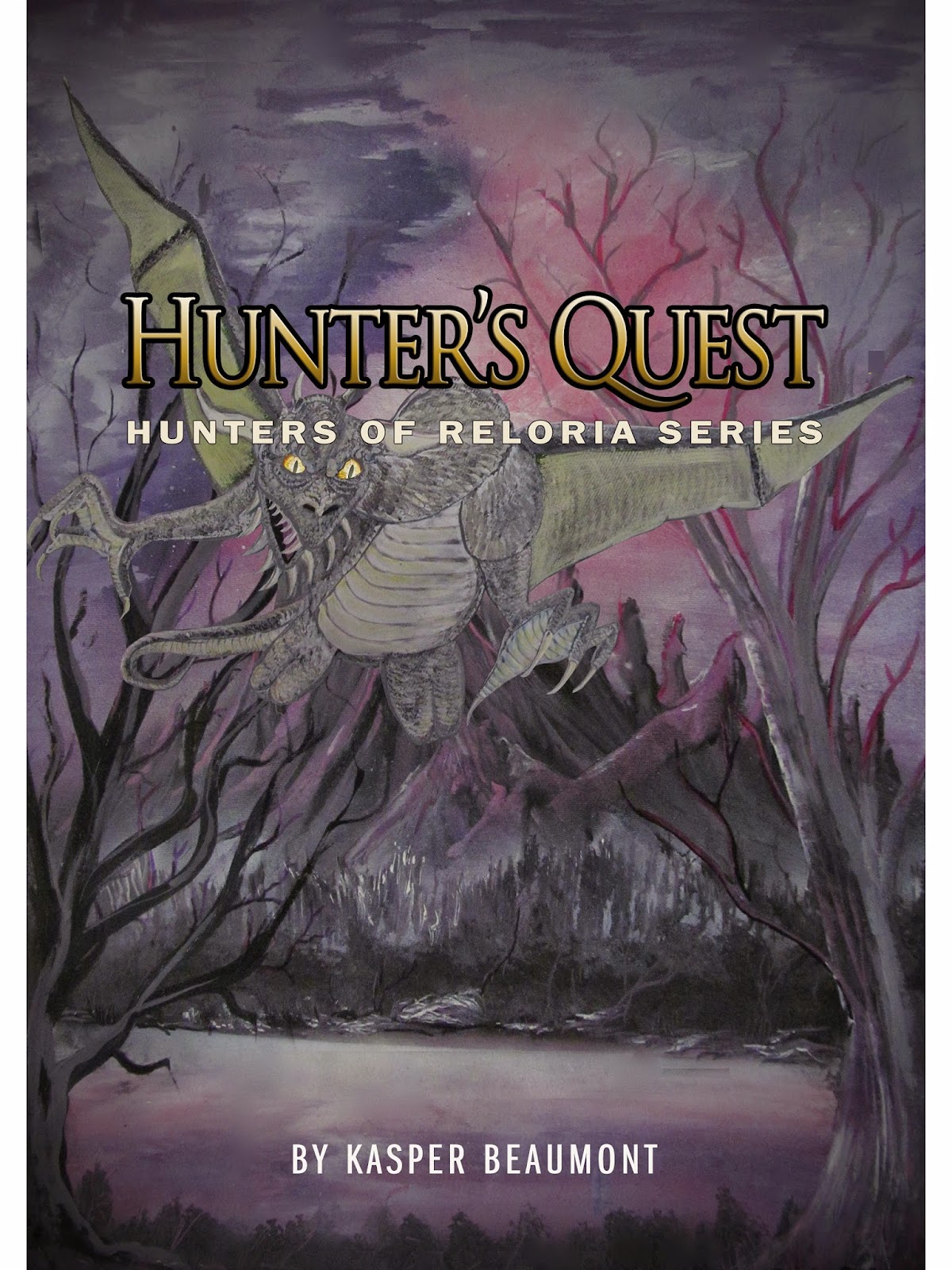 Synopsis:
Dragon's Revenge is the thrilling conclusion to the Hunters of Reloria trilogy.

Magical Reloria is beset by hordes of invading enemy ships carrying giants with ocular laser beams. People and creatures from across the land band together against the invasion, while our group of heroes, the Hunters of Reloria, seek to restore the defensive shield to their borders. A savage attack on the dragons’ town decimates the population and leads the surviving dragon to pledge revenge against the invaders.
Epic battles with dragons and giants ensue, leading to a thrilling climax. 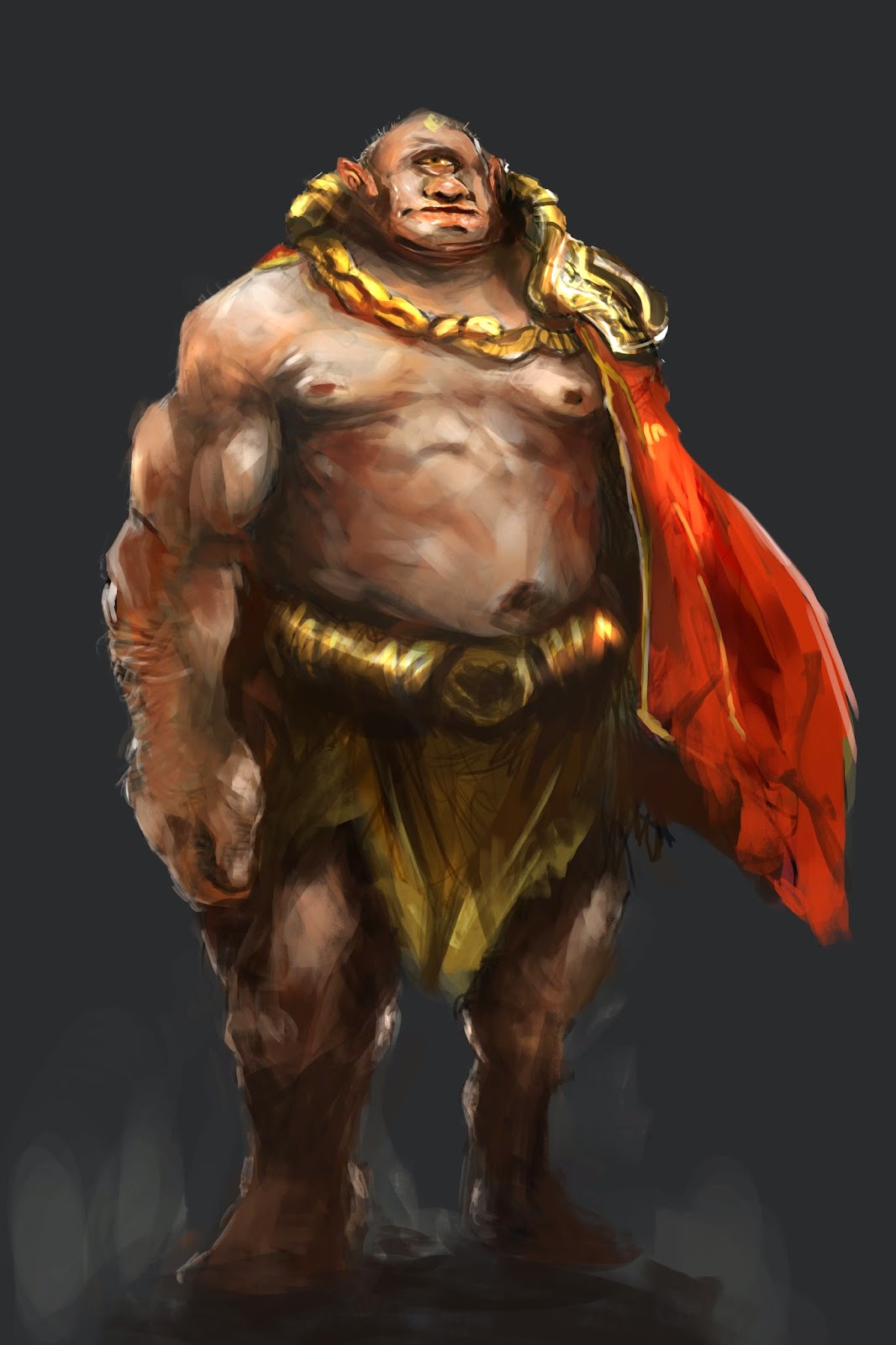 To distract from the torrential rain, Princess Shari-Rose sang an ancient elven ballad about unrequited love between two young lovers, torn apart by warring families when their relationship was discovered.  The rumbling thunder subsided as she sang of loss and yearning and with a start, she realised the rain had also ceased as she belted out the last chorus into the quiet night.  She finished abruptly and placed her hands over her mouth, embarrassed she had been singing so loudly into the night.  Glancing upwards, her night vision showed the Hunters were still asleep and she breathed a sigh of relief that she hadn't woken them.

At that moment, a giant hand clamped over her mouth and another around her torso.  A voice whispered harshly in her ear, “Another peep out of you, songbird and I’ll squeeze your ribcage till it pops.  Nod if you understand me.”

The Elven Princess nodded in fear, peering anxiously between the fat fingers blocking half her vision.  She couldn’t see the captor who stood behind her, but a short distance away a flame torch showed several Junda approaching with a slobbering Yarba beast.

Her heart beat loudly in her chest as she considered her predicament.  The other Junda were closing the distance between them, confident their prey was subdued.  She wondered how she could break free and alert her friends to the danger.  Any of the other Hunters would be drawing weapons to fight their way out of this, but what could one unarmed elf do when her magic didn’t work against giants.

Each second she hesitated reduced the odds of her escape.  She had to act now!  Dropping down quickly through the giant’s grasp to the marsh, she dug her heel firmly into his shin.

The giant let out an almighty angry roar and the chase was on as the elf scampered up along a narrow branch and disappeared into blackness.

“Chee’tu, bring that flame here!  Hurry!” yelled the giant, as the Hunters above him swung down to attack and the night erupted into chaos.

Sienna shot an arrow through the Junda holding the torch and he dropped to the ground, the light almost extinguished.  Even tiny Sienna-Li flew in to attack with a long thin vine, quickly garrotting an unsuspecting giant.

Great wings flapped above them and the dragon swooped down to pounce upon the Yarba beast waiting in the clearing.  The beast barked in alarm before being lifted up into the moonless night, with its female handler being caught by its chain and dragged helplessly along.    The Junda screamed in fright, as she banged into a tree, then dropped like a rock to the marsh below. 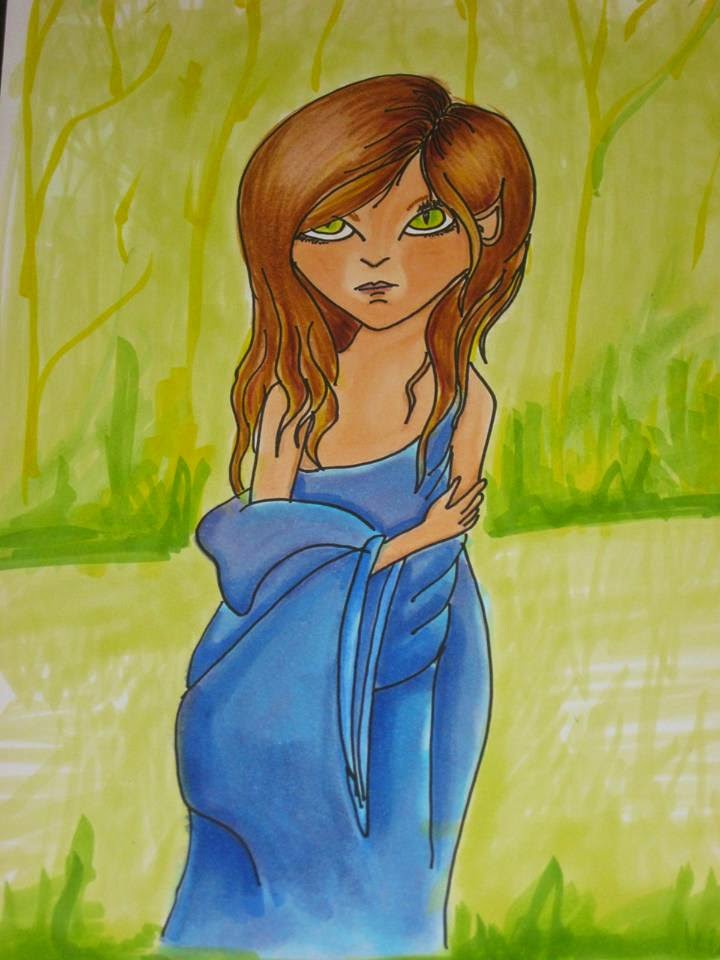 Daeron and Sienna battled the five remaining Junda, darting quickly to avoid potentially lethal  blows and counter-attacking with sword and dagger.  Sienna was particularly outnumbered, with three Junda surrounding her.  It seemed only a matter of time before one of the giants’ chopping blows would land on her and knock her unconscious.

As the giants’ moved in for the kill, a pair of shapely legs swung down from the trees above and wrapped around a Junda’s neck, squeezing tightly until he lost consciousness.  He fell to the ground and Shari-Rose hit him across the head with a branch to ensure he was out cold.

The halfling and Daeron fought two opponents each.  Their skill with the blades evening the odds against much larger opponents who fought with their bare hands and feet.  Luckily the Hunters were fast fighters and could dodge the blows from the hard-hitting giants.  Daeron put paid to both his opponents with quick reflexes and gave Sienna a hand to finish the last two.

With the immediate threat dispelled, the guardian checked on Shari-Rose, saying, “Princess, are you alright?  You were so brave to come down from safety to help us.  Well done.”  He gave her a bow of admiration.

Sienna followed his lead and clapped the blushing Princess firmly on the back, “Why, you’re quite the warrior.  Great work at escaping from the giant’s clutches.  We’ll make a huntress of you yet.  Thanks again for saving my life.” 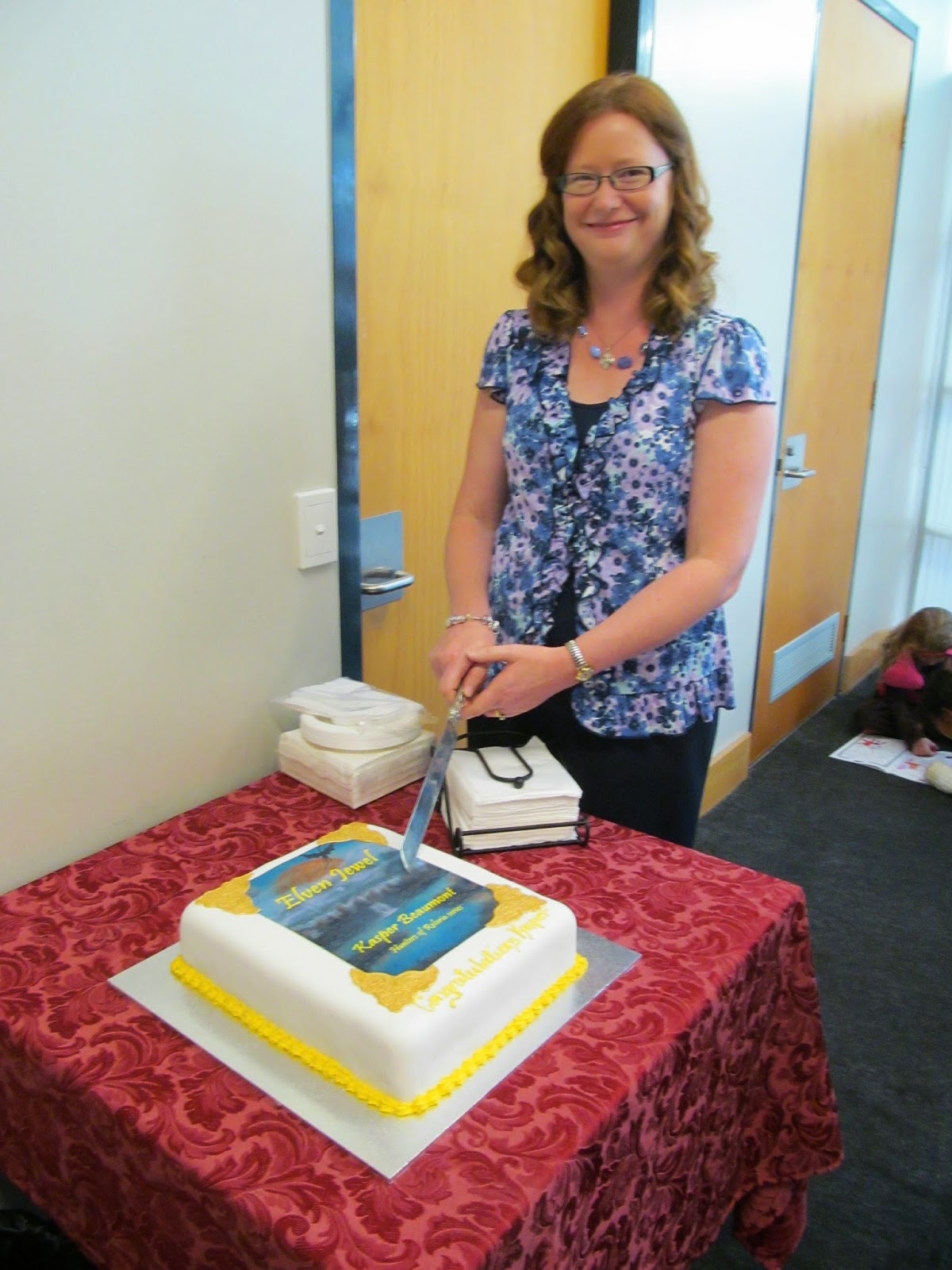