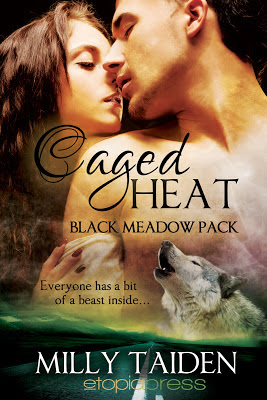 After five years travelling through third world countries to teach impoverished children, Samira Suarez has returned home to Black Meadows. What Sam didn’t expect was to be instantly overwhelmed by the desire to be with the one man she’s wanted since she was a teen, Riel Karven.
Riel has been patiently waiting for Sam’s return. For five long years he’s backed off and watched her come and go. This is it. His mate is back, and he’s taking a stand.
Sam’s need for Ry grows to unimaginable proportions. It’s almost as if she were in heat. But she’s a human…isn’t she?
There’s more at stake than Sam and Ry’s future relationship when she inherits her grandmother’s estate. One of her many relatives wants her out of the way.
It’s going to take all of Ry’s determination and help from his friends to keep her alive.  And it’s going to take delving into her past to find out why a human is going into mating heat. 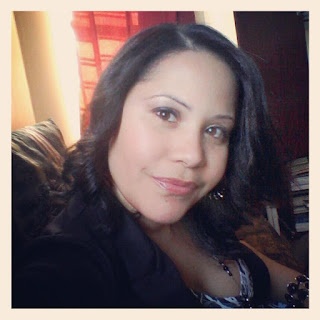 Author Bio:
Want to know about me? April Angel (aka Milly Taiden) was born in the prettiest part of the Caribbean known as the Dominican Republic. She grew up between New York, Florida and Massachusetts. Currently, she resides in New York City with her husband, bossy young son and their little dog Speedy.
She’s addicted to shopping for shoes, chocolate (but who isn’t?) and Dunkin Donuts coffee.
A bookworm when she can get her hands on a good story, she loves reading all Mina Carter and Cynthia Sax, and Dianne Duvall among others.